Get the Money & Justice
You Deserve!
Contact Us for a Free Consultation
Home
Attorney Profile
Brandon Alexander Thomas 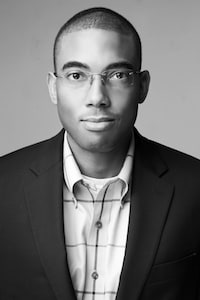 Mr. Thomas is a former Assistant Federal Defender for the Middle District of Alabama (Montgomery). As a federal defender, Mr. Thomas handled serious felony cases involving white collar crime, such as: tax fraud, wire fraud, federal benefits fraud, identity fraud, credit card fraud, embezzlement, and theft. Prior to this, he was an Assistant Public Defender for the Eastern Judicial Circuit of Georgia (Savannah), where he exclusively handled felony cases and served as lead attorney on jury trials.

Mr. Thomas was also formerly a plaintiff's attorney on Wall Street at Pelton & Graham in New York, where he litigated class action law suits to recover overtime wages under the Fair Labor Standards Act (FLSA). Prior to working on Wall Street, Mr. Thomas was a Judicial Clerk at the EEOC for the Honorable Donna N. Dawson, Supervisory Administrative Judge, and drafted opinions on behalf of Judge Dawson ruling on Title VII discrimination claims.

Mr. Thomas has been studying Spanish for seven years, and is intermediate in reading, writing, and speaking Spanish. He enjoys conversing with his latino clients in Spanish, and is working towards eventually becoming fluent in Spanish.

Contact Us
Practice Areas
Client Reviews
★★★★★
I hired Mr Thomas several months ago, he was compassionate, professional and hard working he actually cared, what really impressed me about Mr Thomas he was very through. He won my Case. I'm very grateful for Mr Thomas he was truly a Blessing. Victor Wright
★★★★★
I wish we didn't need the services of attorneys, but I am glad there are young people such as Mr. Thomas who have chosen the profession. Highly intelligent, diligent and with a moral compass that requires him to do his best for his clients, he still inquires about me long after my case was resolved. Just sign me, Grateful. Anonymous
★★★★★
I cannot say enough positive things about Mr. Thomas - He handled a complicated case for me and was able to get a favorable disposition. He was attentive, thorough and dogged in coming up a beneficial resolution. Mr. Thomas always kept me informed throughout the process and was forthright concerning the potential outcome. I would highly recommend him. Anonymous
View More
Submit a Law Firm Client Review